Tragedy in El Paso, Hope in Shreveport: God is With Us.

There is a subtle yet insistent refrain that echoes through the Mass readings during this Advent season: hope is coming. In a time when we have seen a great deal of bad news, it is important to remember the good news of the Gospel.

Mary, the God-bearer, is the one whose pregnancy we hold in our hearts as we walk toward the celebration of Jesus’ birth on December 25. In her appearance at Guadalupe as an indigenous woman, we remind ourselves that Emmanuel, “God with us,” is not simply a 2,000 year-old memory, but a reality that surprises us anew in each age, calling us to the solidarity that is fit for all God’s children. 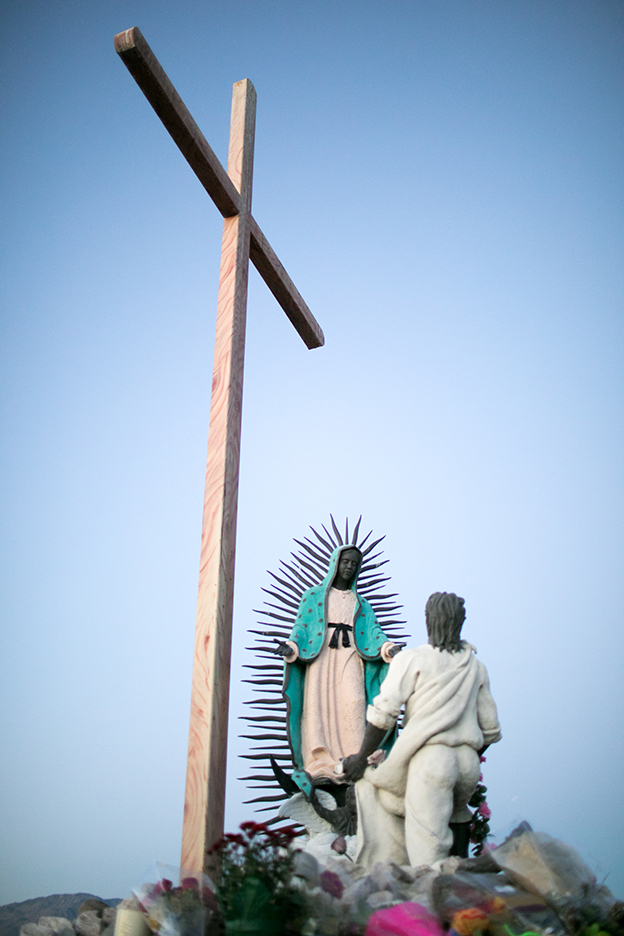 In Emmanuel, God is with us, and says to us what he says to his disciples: I call you friends (John 15:15). In the face of so much news to the contrary, it is good not to lose sight of this invitation. Here are two places we have recently seen the face of God, even in the darkest of circumstances:

A Mass Shooting in El Paso

To use one example, many people felt the terror this past August of the mass shooting in El Paso, mourning with the families of the victims. Still, in the midst of that tragedy, Fr. Fabian Marquez was a ray of light, praying with families and attending funerals for 17 victims. Fr. Fabian, a 2019 finalist for Catholic Extension’s Lumen Christi Award, reminds families lacerated by a racially motivated attack that they are beloved by God, and that they are precious in God’s eyes. 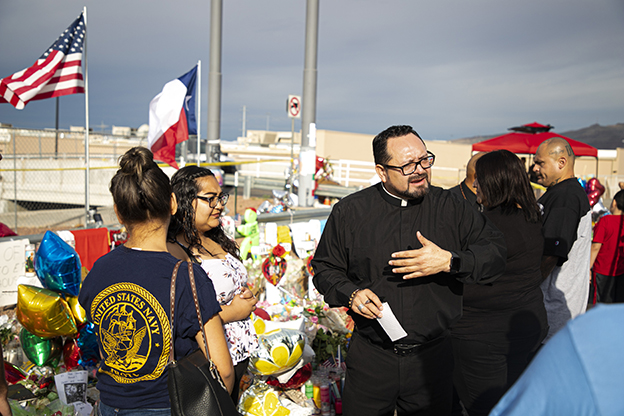 In the wake of the tragedy, Bishop Mark Seitz penned a pastoral letter calling on Catholics to train their eyes on the difficult history of anti-Hispanic racism that bubbled up in the violence of the matanza, the massacre. He wrote:

“Together we are called to discern the new paths of justice and mercy required of us and to rediscover our reasons for hope.”

He takes a hard but loving look at the history of racism, but then turns to our constant source of hope, the reassurance that the love of God is stronger than acts of violence. Pointing to Our Lady of Guadalupe, whose feast we celebrate on December 12, he writes, “She shows us that our deepest identity is not given to us by empire, or politics or the economy or the colonist, but is a gift of God.” 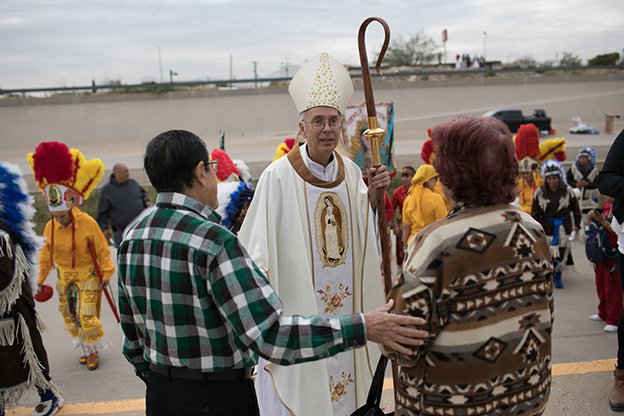 The four weeks of Advent invite us to recall the story of God’s inbreaking into human history, connecting us to the ancient longings of Israel, the breathless anticipation of the witnesses to Christ’s birth, and to the resolute faith of the early Church. They shall beat their swords into plowshares and their spears into pruning hooks, says the prophet Isaiah, describing the coming of the Messiah. When he comes, sorrow and mourning shall flee. The author of the psalms paints a picture of a new world: justice shall flourish in his time, and fullness of peace for ever. And again: The LORD God keeps faith forever, secures justice for the oppressed.

Transformed Communities through love in Louisiana

Where acts of violence tear communities apart, acts of generosity and compassion knit communities together. This year, Catholic Extension bestowed its highest honor, the Lumen Christi award, on someone whose story illustrates this truth. Mack McCarter of the Diocese of Shreveport began with a conviction that God calls people to purposeful friendship—that is, a willingness to reach across racial and economic boundaries in order to develop friendships rooted in mutual trust and shared goals. 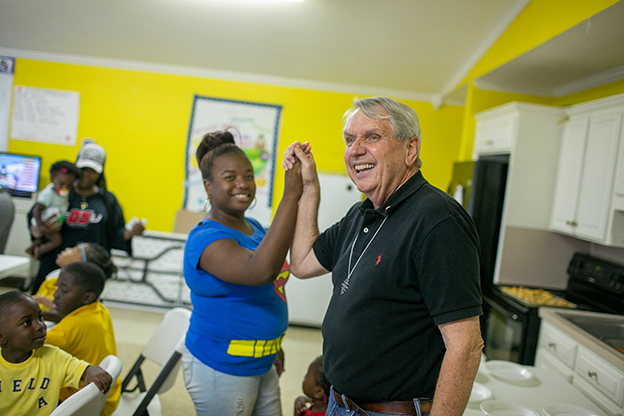 In striking contrast to the festering racial resentments that Bishop Seitz illuminated in his pastoral letter, Mack’s approach began with the conviction that purposeful friendship can transform society and build a just order. Twenty five years ago, he began going door-to-door in a poor community, seeking to make friends. That willingness to go to an uncomfortable, unfamiliar place was the cornerstone of what has become Community Renewal International (CRI), an organization that has transformed Shreveport into a community of communities with shared purpose—and thereby leading to a 52% drop in the crime rate.

The engine of CRI is purposeful friendship, which moves people from disinterest or distrust to active engagement with people unlike themselves. “The greatest joy,” Mack observes, “is to watch people come alive when they are reconnected in purposeful friendship.” It is the beginning of the healing of the world. 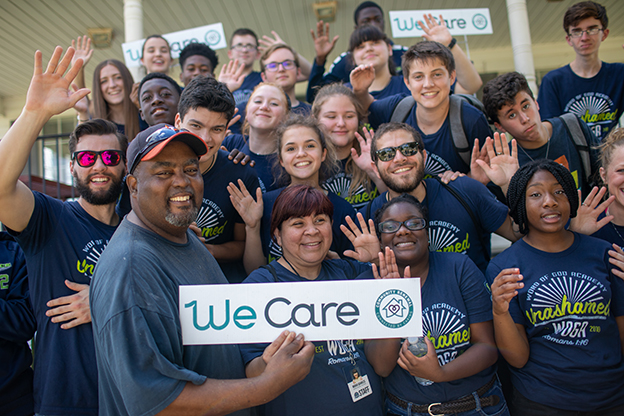 For Mack, a former pastor, friendship between people is a mirror of God’s extension of friendship to us.