See what happens when students come together to change lives

Catholic Extension, a national non-profit that raises money for poor U.S. Catholic communities, received a home-made check on behalf of the reservation located in the Diocese of Billings-Great Falls. Father Jack Wall, president of Catholic Extension, gratefully accepted the check. 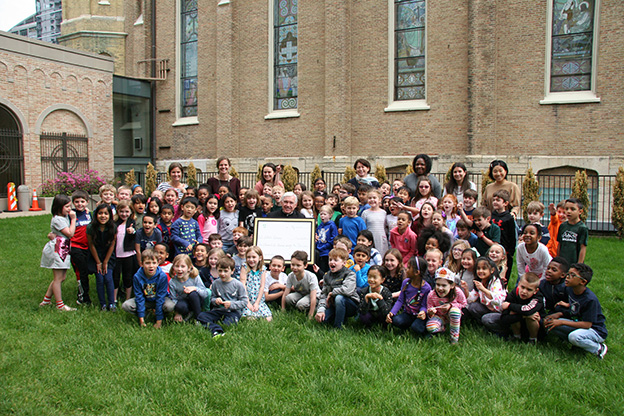 The presentation is the culmination of Francis Xavier Warde’s Lenten Service Project. The theme of this year’s project was “Change for Change.” Each student received $1 and was asked to return 40 days later with stories about how they grew their dollars. 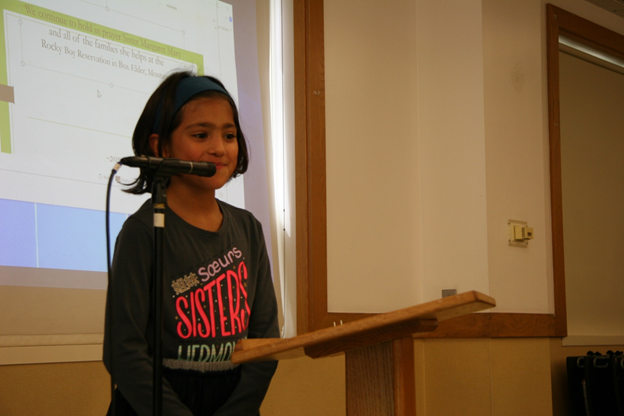 The project is inspired by the Biblical parable of the ten talents, in which a king entrusts his treasure to his servants and later rewards them for growing his wealth. 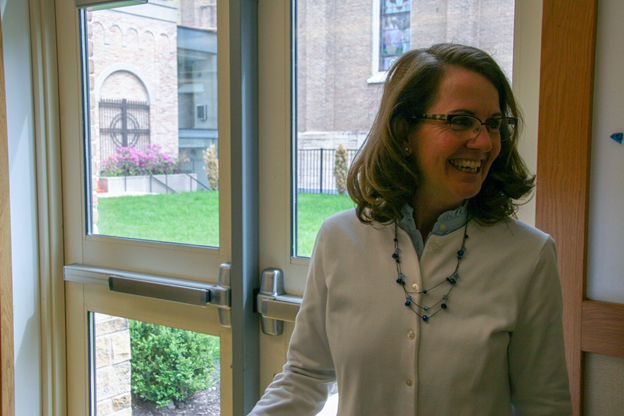 “We want these children to understand they might be little, but they can be powerful, and they can make a change,” D’Agostino said. “Kindness travels a lot farther than hatred.”

This year, the funds will support the ministry of Sister Margaret Mary, who works children on Rocky Boy Reservation to build up their faith community.  A licensed drug and alcohol addiction counselor, Sr. Margaret provides both spiritual and intellectual support on the reservation.

In a community where the unemployment rate sits at over 70 percent and drug abuse rates are estimated to be over 50 percent, Sr. Margaret organizes weekly religious education, summer youth camps, catechist training, as well as crisis intervention and grief counseling to instill hope in the young people of the reservation.

In March, Bishop Michael Warfel of the Diocese of Billings-Great Falls visited Francis Xavier Warde School to describe to the students the lives of the children on the reservation they were helping through their fundraising. 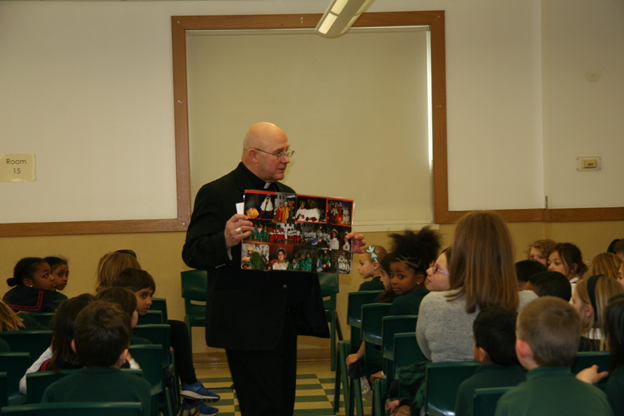 He also presented a “thank you” poster signed by the children in Sr. Margaret’s ministry. 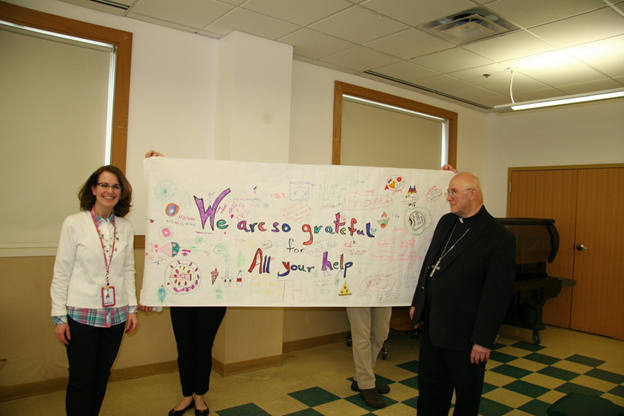 Catholic Extension serves 87 Catholic dioceses in the United States, representing over 15 million U.S. Catholics in 37 states. Based in Chicago and founded in 1905, Catholic Extension works to build up faith communities in areas of the U.S. where faith is thriving but financial resources are scarce.

Learn more about how you or your parish can get involved in our Parish Partnership program.