Churches in America are shrinking. Meet the mission parish in Tennessee that is defying the trend.

According to a recent Gallup Poll, church attendance in the United States is at an all-time low. But in eastern Tennessee, the Catholic population is growing.

When Father Tom Charters arrived eight years ago, no Catholic church existed in the county. The local newspaper ran an announcement for the first call-out meeting for Catholics in the area and started to reach out to people around town.

The first meeting was a BYOC -Bring Your Own Chair. 42 people showed up.

Since 2011, Father Tom and four other Glenmary Home Missioners have grown the Catholic population in the town of Erwin from a few dozen people to a few hundred.

So how did they do it?

In the beginning, the small but dedicated group had many questions for their new priest: What would the parish name be? Where will we meet?

Father Tom had a simple answer: Start with the mission first.

Whether the group was meeting in the basement of a home or the local Elks Club, he told them that the most important element of their worship space was simple but unexpected: the exit sign. 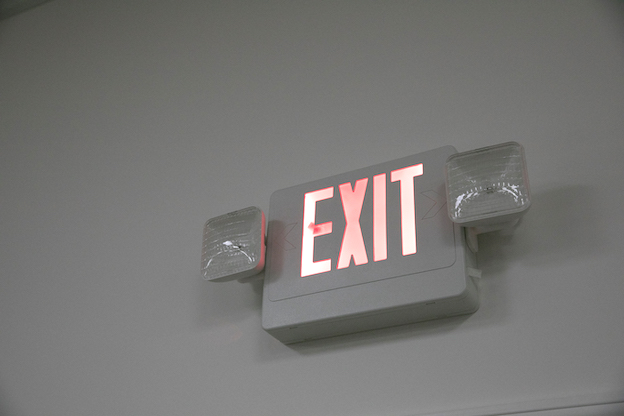 “Unless you take what you’ve heard by the Word of God, unless you take Jesus who you’ve received in the Eucharist and go forth and carry it to others, it’s not worth it,” he said.

“You are the missionaries. You have to go forth and do it.”

As so they did. The small group gathered, they worshipped, and they reached out to their neighbors. Soon people began to take notice.

For a while they celebrated Mass at the Elks Club. In this photo, Fr. Tom can be seen giving a homily in the makeshift sanctuary. 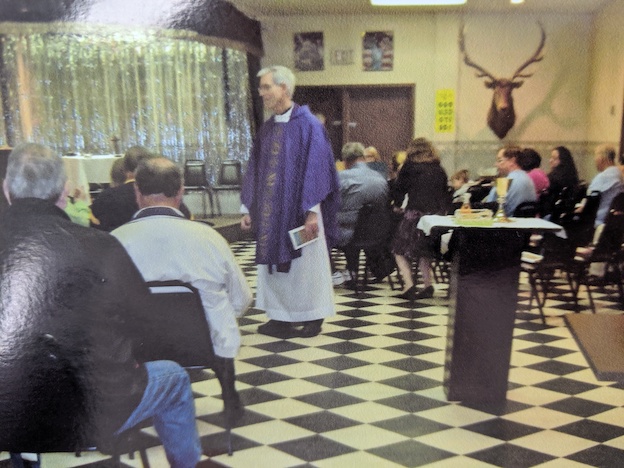 Soon the group had grown to 75 people, so they expanded to the basement of a home. 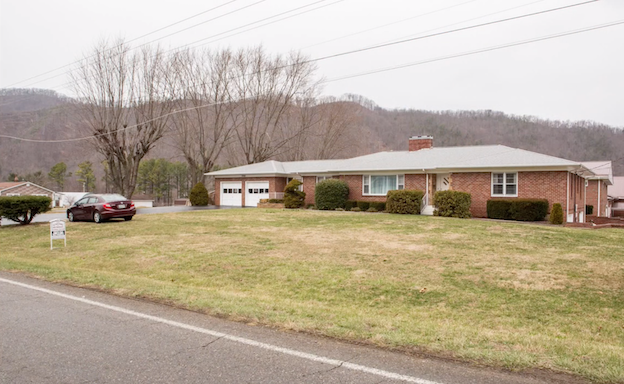 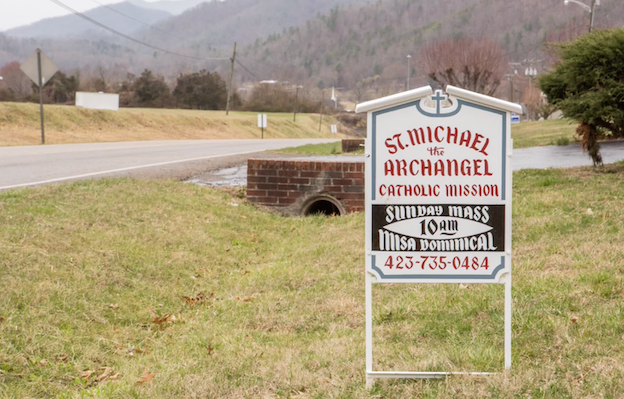 75 parishioners packed tightly into the large basement. Printed images of the stations of the cross adorned the walls. In modest quarters, the community grew rich in faith and community.

Within a year, the parish nearly doubled and they needed even more space. With the help of Catholic Extension donors, the community received a $50,000 matching grant to build a new 5,000-square-foot multi-purpose building where they could worship and gather. They broke ground in 2018. 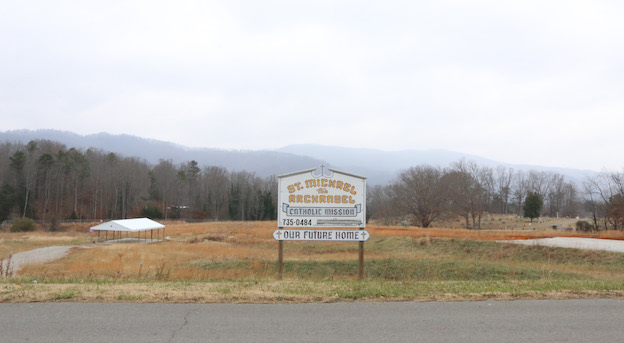 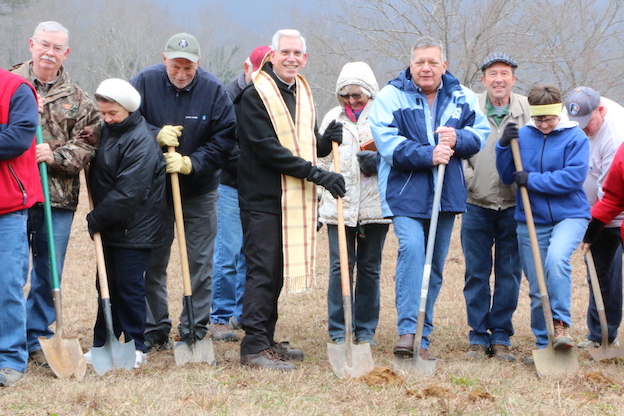 The new multi-use building is now filled with metal chairs, strewn with handmade covers. After Mass, parishioners rearrange the seating and large round tables are brought out so that they can gather for fellowship or classes. A curtain divides the altar from the rest of the room. 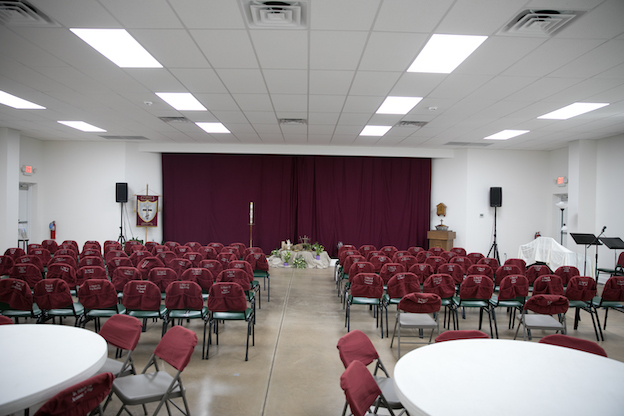 Most everything from the tabernacle to the baptismal font have been made or donated by other parishes, the diocese or friends of the community. 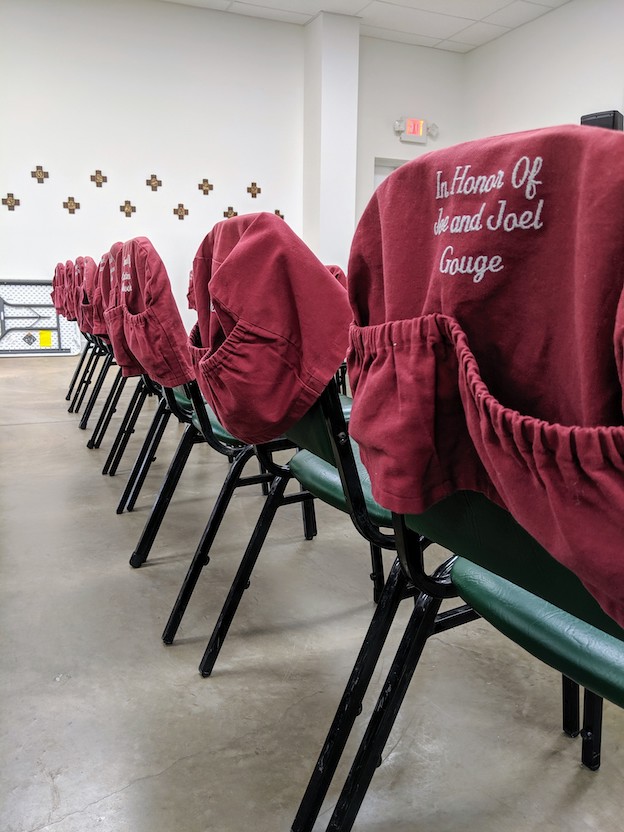 About 70 percent of the parishioners are young Hispanic families, while about 30 percent are Anglo retirees who live in the Erwin area and previously attended Catholic churches outside Unicoi County.

The older members affectionately treat the children like their own grandchildren. By request of the entire community, everything from the bulletin to the sign on the front door are bilingual.

Down the hall you’ll find a few offices for staff and a Montessori-style religious ed classrooms for the youngest parishioners. Kathy O’Brien, who leads youth ministry and faith formation for the parish, organizes a special space that allows preschool students to learn about the Church. 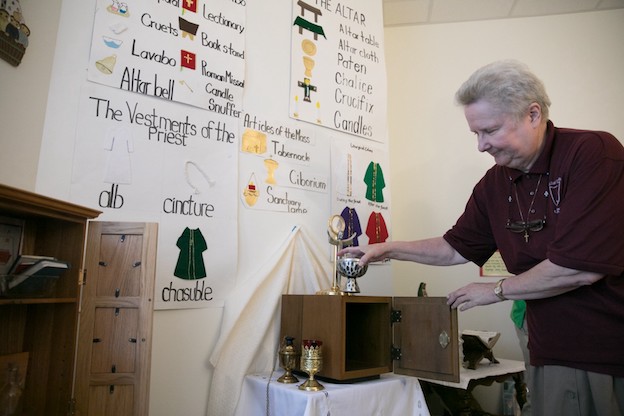 As they get older, this early education helps create leadership in the community.

“Most of our Eucharistic ministers are our youth,” said Father Tom. “We get them involved in ministry now, rather than to say that it is something to get involved in when you’re an adult.”

One of the children in the early education classes is five-year-old Alejandro, who drew a photo of Jesus in the Eucharist on the altar.

When his teacher asked why Jesus was glowing, little Alejandro responded “because He is light for the world.” 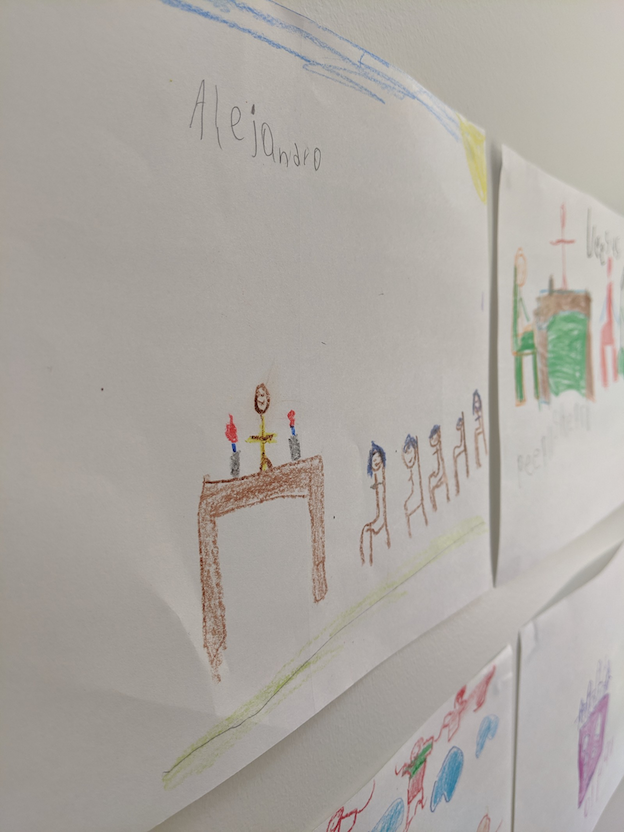 While recent statistics may show a bleak outlook for the church, a spark of faith has kindled in the mountains of Tennessee. It caught fire in the hearts of children. It is quickly spreading between generations, backgrounds, and cultures. And we look forward to watching it continue to grow.